Are you worried that whether the data stored and processed using Hadoop is secure or not?

The objective of designing Hadoop is to manage huge amounts of data in a trusted environment, so security was not an important concern. But with the growth of the digital universe and the implementation of Hadoop in almost every domain like businesses, finance, health care, military, education, government, etc., security becomes a crucial concern.

The earlier Hadoop implementations are short of security features because the built-in security and available options are inconsistent among release versions, which affect many domains like multiple business sectors, health, medical departments, national security, and military, etc. It became obvious that there should be a mechanism that ensures Hadoop Security.

So, Hadoop security is the crucial leap that Hadoop Framework needs to take.

What to do about Hadoop Security?

The security in Hadoop requires many of the same approaches seen in the traditional data management system. These include 3 A’s of security.

Let us first see what these 3 A’s says:

Authorization: It is the second stage that defines what individual users can do after they have been authenticated. Authorization controls what a particular user can do to a specific file. It provides permission to the user whether he can access the data or not.

Auditing: Auditing is the process of keeping track of what an authenticated, authorized user did once he gets access to the cluster. It records all the activity of the authenticated user, including what data was accessed, added, changed, and what analysis occurred by the user from the period when he login to the cluster.

Data Protection: It refers to the use of techniques like encryption and data masking for preventing sensitive data access by unauthorized users and applications.

Around 2009, Hadoop’s security was designed and implemented and had been stabilizing since then. In 2010, the security feature added in Hadoop with the following two fundamental goals:

• Preventing unauthorized access to the files stored in HDFS.

Hadoop Security, therefore, refers to the process that provides authentication, authorization, auditing, and secure the Hadoop data storage unit by offering an inviolable wall of security against any cyber threat.

Let us now have a look at how Hadoop achieves its security. 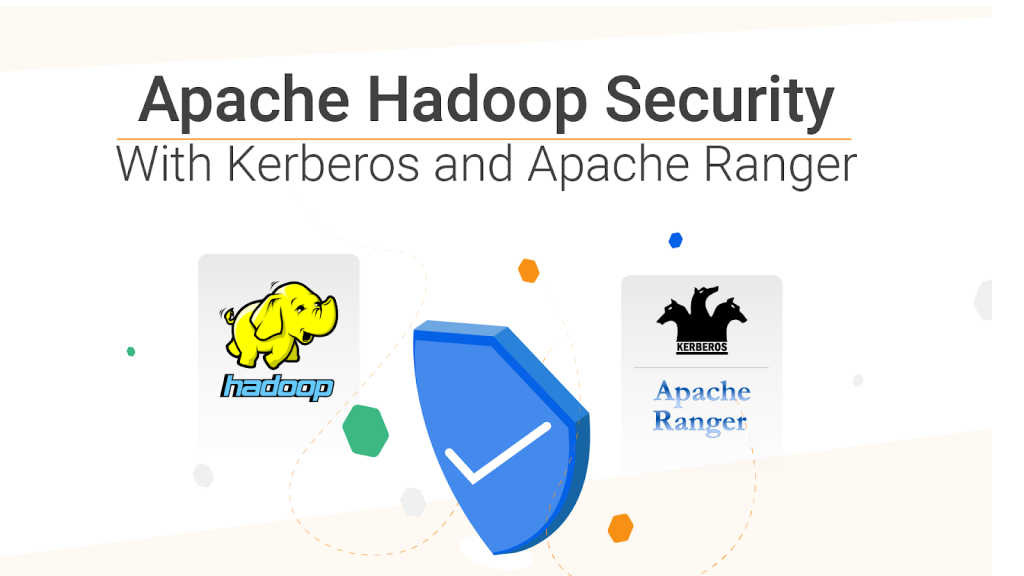 Hadoop, by default, does not have any authentication, which can have severe effects on the corporate data centers. To overcome this limitation, Kerberos which provides a secure way to authenticate users was introduced in the Hadoop Ecosystem.

Kerberos is the network authentication protocol developed at MIT, which uses “tickets” to allow nodes to identify themselves.

Hadoop uses the Kerberos protocol to ensure that someone who is making the request is the one whom he claims to be.

In the secure mode, all Hadoop nodes make use of Kerberos to do mutual authentication. It means that when two nodes talk to each other, they each make sure that the other node is whom it says it is.

The client makes the three steps while using Hadoop with Kerberos.

The client on the user’s behalf performs the authorization and the service request steps.

The authentication step is carried out by the user through the kinit command, which will ask for a password.

We don’t need to enter a password every time while running a job because Ticket-Granting Ticket lasts for 10 hours by default, which is renewable up to a week.

If we don’t want ourselves to get a prompt for the password, we can create a Kerberos keytab file using ktutil command.

The keytab file stores passwords supplied to knit with the -t option.

For data protection, Hadoop HDFS implements transparent encryption. Once it is configured, the data that is to be read from and written to the special HDFS directories is encrypted and decrypted transparently without requiring any changes to the user application code.

At-rest encryption refers to the encryption of data when data is on tireless media such as a disk.

In-transit encryption means encryption of data when data is moving over the network.

This HDFS-level encryption also thwarts the filesystem or OS-level attacks.

Encryption Zone(EZ): It is a special directory whose content upon write is encrypted transparently, and during read, the content is transparently decrypted.

Data Encryption Key (DEK): Every file in EZ has its own unique DEK, which is never handled directly by HDFS. They are used to encrypt and decrypt the file data.

Key Management Server(KMS): The KMS is responsible for providing access to the stored EZK, generating new EDEK for storage on NameNode, and decrypting the EDEK for use by the HDFS clients.

The transparent encryption in HDFS works in the following manner:

All these steps take place automatically through the Hadoop HDFS client, the NameNode, and the KMS interactions.

For authorizing the user, the Hadoop HDFS checks the files and directory permission after the user authentication.

The HDFS permission model is very similar to the POSIX model. Every file and directory in HDFS is having an owner and a group.

The files or directories have different permissions for the owner, group members, and all other users.

For files, r is for reading permission, w is for write or add permission.

To restrict others except for the files/directory owner and the superuser, from deleting or moving the files within the directory, we can add a sticky bit on directories.

Also, every client process which is going to access the HDFS has a two-part identity that is a user name and group list.

The HDFS do a permission check for the file or directory accessed by the client as follow:

If the permissions check fails, then the client operation fails.

Knox is a REST API base perimeter security gateway that achieves authentication, support monitoring, auditing, authorization management, and policy enforcement on Hadoop clusters. It authenticates user credentials generally against LDAP and Active Directory. It allows only the successfully authenticated users to access the Hadoop cluster.

Apache Ranger is an authorization system that provides or denies access to Hadoop cluster resources such as HDFS files, Hive tables, etc. based on predefined policies. User request assumes to be already authenticated while coming to Apache Ranger. It has several authorization functionalities for various Hadoop components such as YARN, Hive, HBase, etc.