In this tutorial, we are going to study the most commonly used commands in Hadoop. These commands help in performing several HDFS file operations. These comprise copying a file, moving a file, showing the contents of the file, creating directories, etc. So let us begin with an introduction and then we will see different commands in Hadoop with examples. 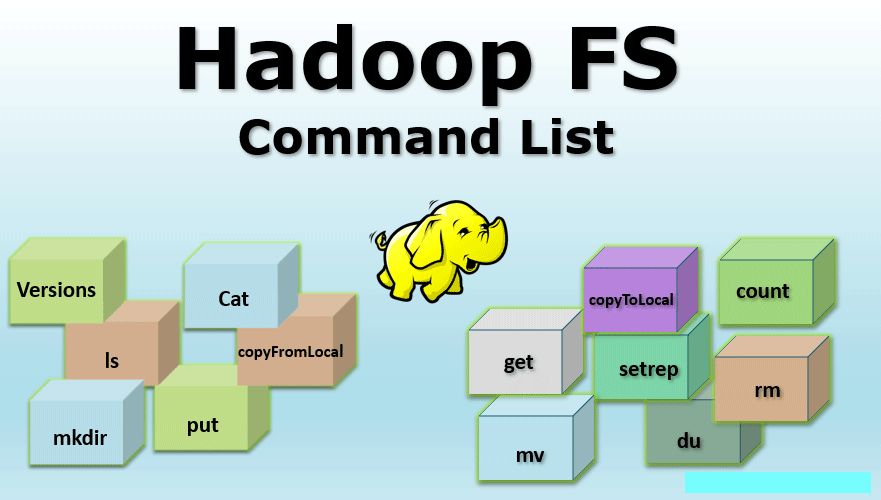 Hadoop stores petabytes of data using HDFS. HDFS is a distributed file system that stores structured to unstructured data. It provides redundant storage for files having a humongous size. There are several commands to perform different file operations. Let us take a look at some of the important Hadoop commands.

Description: This command takes the <path> as an argument and creates the directory. 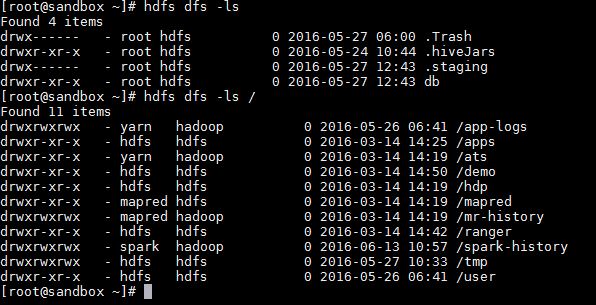 Description: This command displays the contents of the directory specified by <path>. It displays the name, permissions, owner, size, and modification date of each entry.

Description: This command works like ls but displays entries in all the subdirectories recursively. 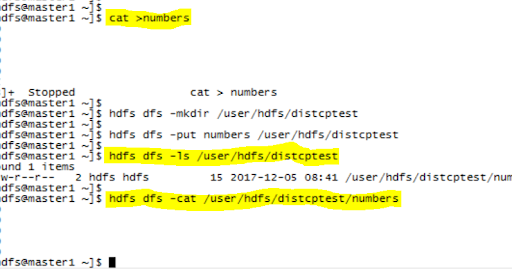 Description: This command is the same as put command. But the source should refer to local files.

Description: This command retrieves all files in the source path entered by the user in HDFS and merges them into one single file created in the local file system identified by the local destination.

Description: This Hadoop command shows the Access Control Lists (ACLs) of files and directories. This command is used to display default ACL if the directory contains the same.

Options : -R: It recursively displays a list of all the ACLs of all files and directories.

Description: This HDFS command displays if there are any extended attribute names and values for the specified file or directory.

Options:-R: It shows the attributes for all files and directories recursively. -n name: It displays the named extended attribute value. -d: It displays all the extended attribute values associated with the pathname. -e encoding: Encodes values after extracting them. The acceptable coded forms that are “text”, “hex”, and “base64”. The values which are encoded as text strings get enclosed with double quotes (” “). It uses prefix 0x for hexadecimal conversion. And 0s for all the values which get coded as base64.

Description: It is similar to get command. Only the difference is that in this the destination of the copied file should refer to a local file.

Description: This HDFS  command displays the contents of the file on the console or stdout. 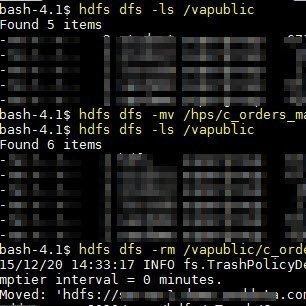 Description: This shell command moves the file from the specified source to the destination within HDFS.

Description: This shell command copies the file or directory from the given source to the destination within HDFS.

There are several commands in “$HADOOP_HOME/bin/hadoop fs” other than what we have learned in this tutorial. What we have covered are the most commonly used basic commands to get started. If you are fixed somewhere then type the following:

This will show a short usage summary of the command specified.