Anything that causes data loss or theft, as well as physical harm to the hardware and/or facilities, is considered a computer system hazard. The first step in defending information networks is to understand how to recognise computer security risks. Threats may be deliberate, unintentional, or triggered by natural disasters. In this article, we’ll go through some of the more popular computer system threats and how to defend the systems from them.

What is a Security Threat?

A security threat is a threat that has the potential to affect computer systems and organisations. The reason may be physical, such as a computer containing sensitive information being stolen. It’s also possible if the cause isn’t physical, such as a virus attack. We’ll describe a threat in this tutorial series as a possible hacker attack that allows them to obtain unauthorised access to a computer system. 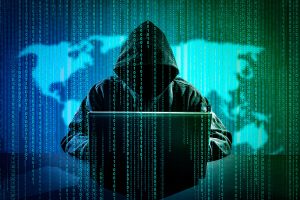 What are Physical Threats?

A physical threat to computer systems is a possible source of an incident that may result in data loss or physical damage.
The physical threats are divided into three (3) groups in the following list:
• Internal threats include fire, an unreliable power source, and humidity in the rooms where the hardware is stored, among others.
• External hazards include lightning, flooding, hurricanes, and other natural disasters.
• Theft, vandalism of equipment and/or hardware, damage, and unintentional or deliberate mistakes are all examples of human threats.

Physical security protection mechanisms are needed to secure computer networks from the physical threats listed above.

The below is a list of some of the actions that should be taken:

• Internal: Automatic fire alarms and extinguishers that do not use water to put out a fire may help deter fires. Voltage regulators should be used to avoid an unreliable power source. The temperature in the machine room can be regulated with an air conditioner.
• External: Computing systems can be protected from such threats using lightning protection systems. While lightning protection systems are not ideal, they do reduce the likelihood of lightning causing harm to some degree. One of the possible solutions to shield computing networks from flooding is to house them in high lands.
• Humans: The use of closed doors and limited entry to computing rooms will help deter threats like thefts.

What are Non-physical threats?

A non-physical threat is a possible source of an event that may result in:
• System data loss or corruption
• Enterprise processes that depend on computer networks being disrupted
• Loss of classified information
• Illegal surveillance of computer system activities
• Cyber Security Breaches
• Others

A company must have logical compliance mechanisms to secure computer systems from the risks listed above. The following is a list of some of the potential countermeasures to cybersecurity risks.
Anti-virus tools can shield a company against viruses, Trojans, worms, and other malware. In addition to anti-virus software, a company may impose restrictions on the use of external storage devices and visits to websites that are most likely to import malicious software onto a user’s computer.

Authentication mechanisms may be used to discourage unauthorised access to computer system services. User ids and solid passwords, smart cards, or biometrics are examples of authentication methods.
To defend against denial of service attacks, intrusion detection, and prevention mechanisms may be used.
Other safeguards can be implemented to prevent denial of service attacks.

• Any action that may result in data loss/corruption or interruption to regular business processes is considered a hazard.
• Both physical and non-physical risks exist.
• Physical attacks inflict hardware and infrastructure disruption to computer systems. Theft, destruction, and natural disasters are all examples.
• Non-physical attacks attack computer systems’ applications and records.