Are you still playing with the Mainframes? Then you are the only one to blame. But wait, you’ll still choose Big Data and Hadoop and make it a different ball game.

The mainframe has been ruling the IT industry for 4 decades now since they’re highly reliable and secure systems. More than 70 percent of Fortune 500 companies have invested heavily in the mainframe systems itself proves that it has been the undisputed king of the IT world for a long period. 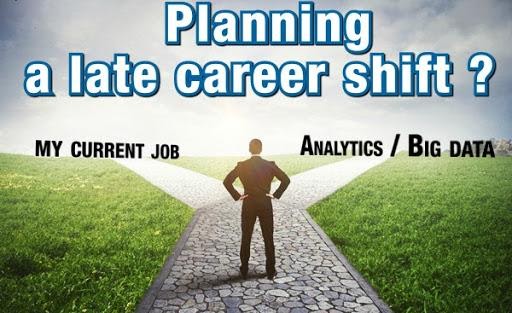 Before you explore why you ought to switch from mainframe to big data, let’s see why mainframes were such a lot demanding earlier and what happened after coming off massive data technologies that companies started shifting to big data.

Why Mainframe was used?

Before big data came into the picture, most of the data we used to capture was structured data which was quite simple. It was data from sales and purchase, healthcare records, credit cards, and ATM transactions, etc. Mainframe systems used to do batch processing to gather useful insights from the data that helped companies in growing further. Even though these systems were costly, but as there was no alternative available to process the critical data, companies used to do it using mainframe systems.

Why Big Data instead of Mainframe?

Big Data is not just a technology, it’s a paradigm shift.

Due to this rapidly advancing technological world and the massive increase in the amount of data being generated regularly, most of the companies are now forced to move towards the latest platforms for processing their data. Mainframes are now incapable of handling such huge amounts of data which means a lot of data from mainframes needs to offloaded to systems like Hadoop for advanced analytics. Big Data Analytics is of utmost importance these days to the companies for making data-driven decisions.

To stay alive in this highly-competitive world, businesses need to go with the trend.

Big Data and Hadoop have a lot more to offer than the mainframe ever will. And keeping in mind the massive layoffs of mainframe professionals around the globe, you might be the next into its radar. So what are you waiting for then? Its high time for you to make a career shift to Big Data and Hadoop. It’s now or never kind of situation for you.

Why you should Switch from Mainframe to Big Data and Hadoop?

Are you stuck with your career? You will be confused and probably scared about what your next move should be. Chill!! You are now at a point where you can be one of the most valuable employees in any company.

Companies aren’t hiring mainframe professionals anymore as this technology is becoming obsolete day by day. But the professionals that possess knowledge of both mainframe and Hadoop are a significant requirement lately.

Companies having such professionals may be a very rare case, no worries, you’ll be their biggest chase.

Since professionals having both these skills would help the businesses to dump data from the mainframe to Hadoop.

By now you must have understood the demand and the supply gap the IT industry is facing. This would make them eligible for hefty salaries as well.

For mainframe professionals, a switch to Hadoop could be the smartest career move they will ever make.

NOKIA’s FAILURE STORY – A Life Lesson for All

Back in the days when Nokia was the first name that used to pop up in our minds when we thought of having a mobile phone. Isn’t it? And why not? It is a company that ruled the mobile phone industry for the longest duration, becoming the best-selling mobile phone brand company globally back in the year 1998. Additionally, Nokia observed massive growth in its operating profit as it went from $1 billion in 1995 to a whopping $4 billion by 1999. At one stage, Nokia had an enormous 55% market share within the industry.

Nokia was an unchallenged leader of the mobile phone industry.

If these were the cases with Nokia then why did it fail? What were the reasons for its sudden downfall?

The main reason behind its failure was its inability to cope up with the prevailing trends. Being the leader of the marketplace for an extended duration, Nokia started having some ego issues and it led to its downfall.

With the advent of touch screen phones and the increased importance of software, Nokia still believed in its ideology of giving more importance to the hardware. It predicted that the concept of touch screen phones would fail miserably and people would come back to the QWERTY keypad phones. While other brands started working on the latest trends, Nokia was stubborn about its ideology.

What happened next? Nokia’s prediction proved to be a great misconception. In the meantime, other companies took the stage and the users loved the concept of touch screen mobile phones.

Nokia started to lose its grip on the market share rapidly and when it realized the importance of the trend, it was too late for them. Now there were two unanimous leaders of the market – Apple and Samsung.

And soon in September 2013, the company announced that they have been acquired by Microsoft. During this announcement, Nokia’s CEO, Stephen Elop, ended his speech with tears in his and with the following words –

“We didn’t do anything wrong, but somehow, we lost.”

Not following the trend and not being able to adapt to the change cost Nokia everything.

I think the lesson here is clear and loud.

“To thrive continuously in this ever-advancing world, you need to go with the trend since change is the only constant in this world.”

You might end up having the same story as Nokia. Scared?

So, what are you waiting for?

The future is all set high and bright for Apache Hadoop professionals to rule the world and if you are from mainframe domain, it’s like butter on the bread for getting jobs in companies who are shifting slowly from legacy systems to big data.

So it’s high time for mainframe professionals to learn Hadoop and start their career in this booming technology before it becomes late and your company asks you to leave due to lack of Hadoop knowledge. We are here to help you in this domain shift as smoothly as companies are shifting from mainframe to big data.