The main aim of OOP is to bind together the data and the functions that operate on them so that no other part of the code can access this data except that function. The object-oriented paradigm (or) a methodology to design a program using classes and objects. So it simplifies the software development and maintenance by using some concepts as follow: 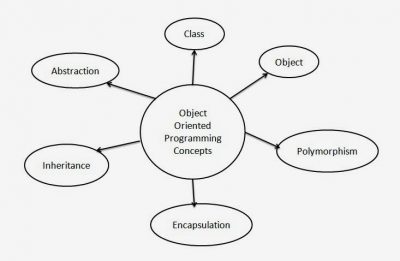 Objects are nothing but the instances of the class, which holds the data variable declared in class and the member functions work on these class objects. And each object has a different variable. While the objects are initialized using special functions called “constructors”. And if your object is out of scope then the other special class member function called “Destructor” is called to release the memory reserved by the object. And in C++ we are not having automatic garbage collector like JAVA. So, destructor performs the task.

Accessing the Data Members in C++

The data members can be defined as public, private and protected are accessed by using the direct member accessed operator (.).

Private: The class members that have been declared as private can be accessed only within the class. It is used for data hiding which is also one of the key features of object-oriented programming.

Protected: The class members that have been declared as protected can be accessed within the class and also in the derived class.

Public: The class members can be accessed from outside.